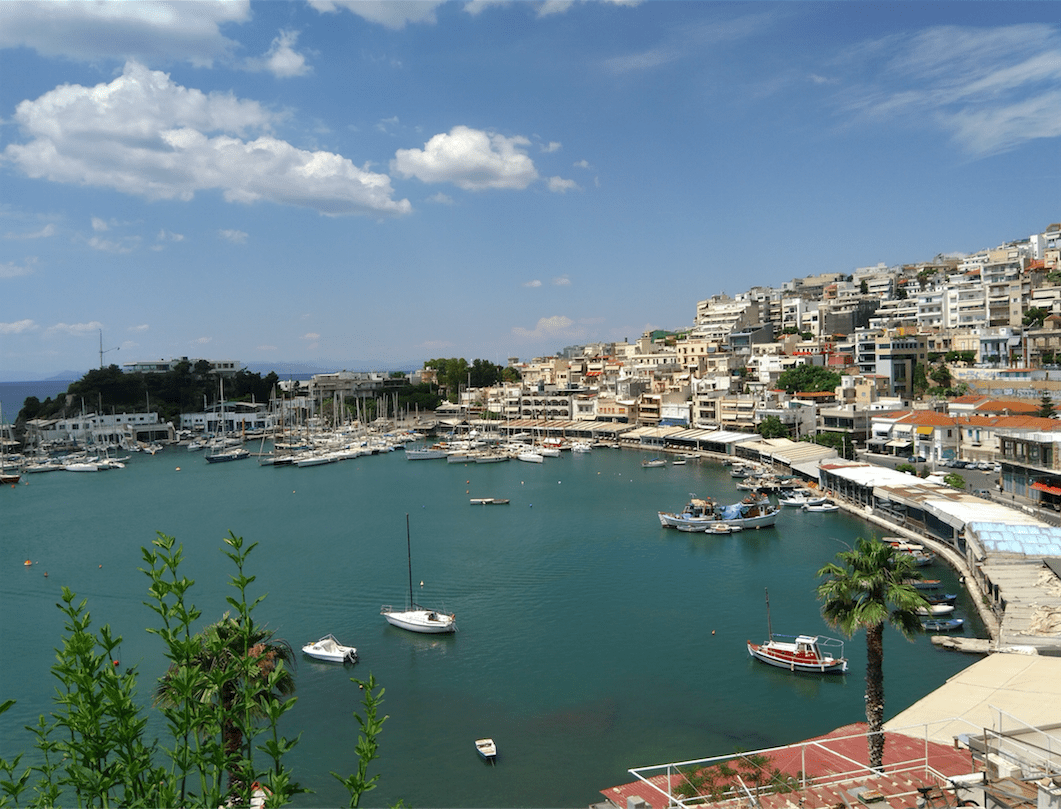 Piraeus is much more than just a port: it is steeped in history and harbors a mystique all its own. And it's actually a part of a peninsula that juts from the bottom of the Athenian basin into the deep blue of the Saronic Gulf. In antiquity Piraeus was the seat of the Athenian navy, turning out the slender trireme ships that the ancient Greeks used to battle the Persians at Salamis in 480 BC and keep any invaders who might dare to cross the Athenians at bay. Long fortified walls connected the port to the area around the Acropolis of Athens. For these reasons and more, the first essential stop on our list of Piraeus essentials is the archaeological museum.

This is a real hidden gem that despite its small size contains some definite showstoppers, most notably from the fifth and fourth centuries BC.Most famous of these are the four bronze statues discovered near the port in 1959 that now inhabit the second floor. They include Athena and Apollo in the form of a young man (the only known bronze kouros in the world). On the ground floor you’ll find the very large funerary stele of Pagharos, a soldier who fell in the Battle of Chaeronea in 338 BC. Don’t forget to step outside to inspect the ruins of the Hellenistic theater of Zea.

From its early rise to the present day, the history of Piraeus is inseparable from that of Athens. The Second World War was no exception and while the capital was spared major damage, the port was more or less blown to bits. Repairing Piraeus at the war’s end was an ultimately successful effort that also ushered in an era of American sailors of the Sixth Fleet calling in frequently at the port.

Today nothing embodies the spirit of that time better than the SS Hellas Liberty, an authentic “liberty ship” built in the United States in 1943. These no-frills, steam-powered cargo ships were used to supply the Allied Forces during the war, and afterwards many were purchased by Greek shipping magnates.

The Hellas Liberty also houses a small museum of the history of the Greek merchant navy.

3. Behind the Main Ferry Port

Are you an aspiring skipper, a seeker of all things nautical or, perhaps just in the mood for a good Greek coffee? Then check out the labyrinth of little streets behind the Piraeus train station, such as Kapodistriou and Kepropros. You’ll find marine supply stores aplenty, some good bakeries and cafes and a few hotels of faded grandeur that will have you thinking of that 1960 classic with Melina Mercouri, Never on Sunday. In short, lots of atmosphere…

It was the wily Athenian general, Themistocles, who had championed Piraeus as the best location for the city-state’s fleet and he wanted strong walls to help defend it.  As you leave the train station, make a right, heading in the direction of the port gates where the large ferries going to (or arriving from) Crete are. You’ll eventually see the hill of Kastraki, which is home of the somewhat brooding ruins of the Ietionia Gate, part of the ancient system of fortifications. There are two partial round towers atop walls that have been dated to 411 BC. Elsewhere in Piraeus, along the "Themistocles Coast" of the Freatida section you can see ruins of walls that directly face the sea.

Expect to be surprised the first time you see Zea Harbor, because you may not believe you’re still in Piraeus. In ancient times this was one of the Athenian war ports, but now the big circular leisure harbor is perfectly calm. The promenade is a ribbon of little restaurants and cafés. The west end turns into the more modern Zea Marina and that’s where the fancy yachts are. A bit farther down you’ll find the Hellenic Maritime Museum.

The round harbor at Microlimano is where Piraeus turns on the charm. Smaller than Zea Harbor, it’s also more languorous with its upscale cafés and seafood restaurants, most right up against the water line with views of the fishing boats and Attica coast beyond. This is the spot where Athenians come to soak up some sun and island-style atmosphere on lazy Sundays.

The hill of Kastella rises behind Microlimano harbor. It’s the place where Athenian general Thrasybulus routed the Thirty Tyrants in 403 B.C. And where history also records The Alex opened in 2019 A.D...with all of Piraeus at your doorstep! 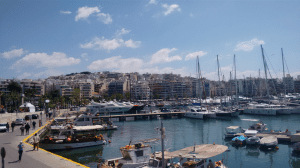 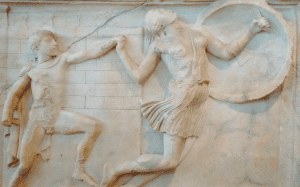 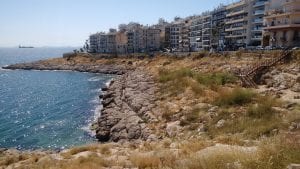