STARS OF ANTIQUITY SHINE IN PIRAEUS by Anthony Grant 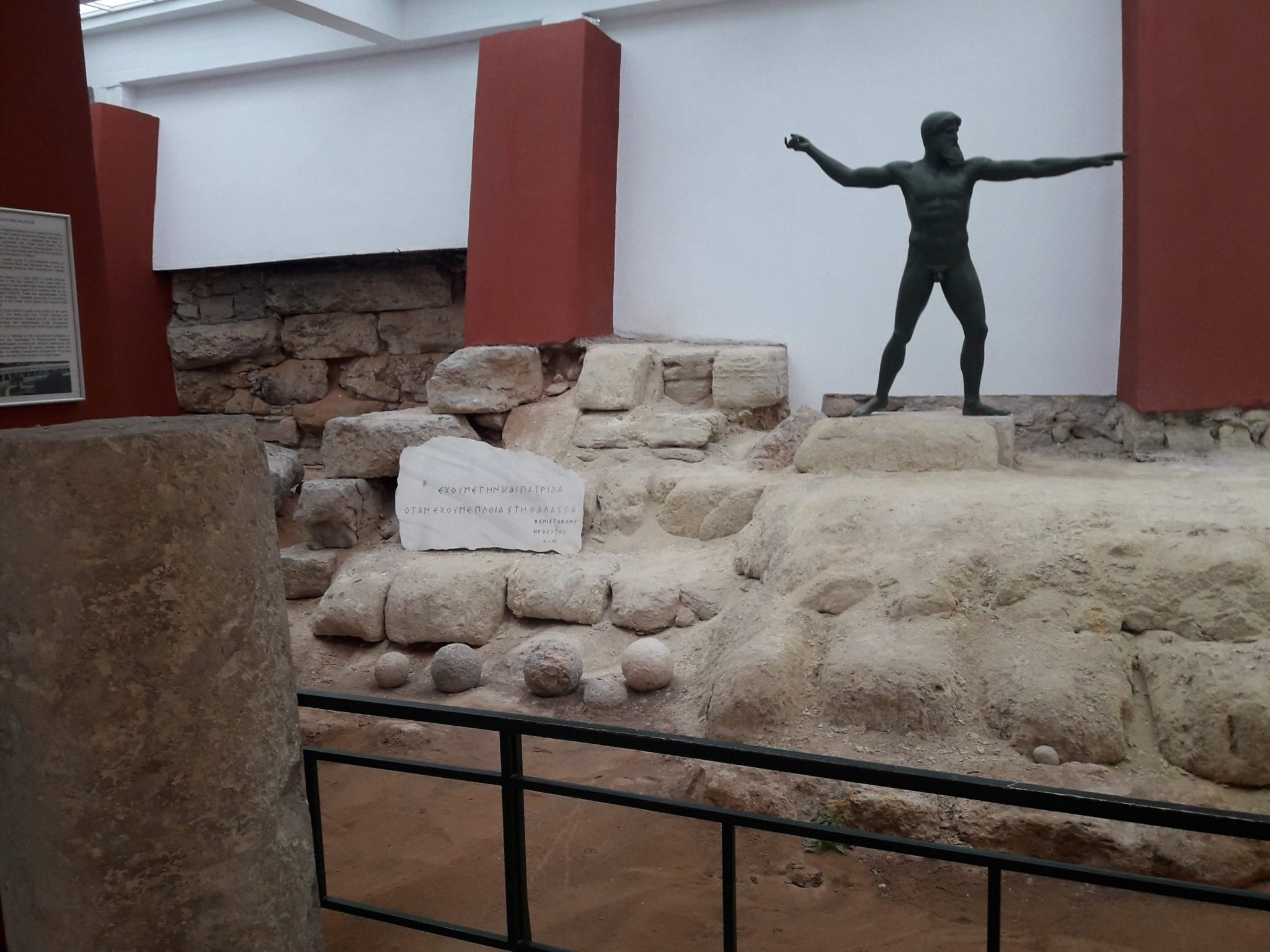 Picture it: Piraeus 1959, close to the main harbor. A group of men at work on a new sewage system at the corner of Georgiou I and Philonos streets are expecting just another day on the job when all of a sudden, as if colliding with a time machine, they find some very sturdy metal fingers reaching out to them. Talk about a historic handshake: they had just discovered a bronze statue of "Piraeus Athena," a larger-than-life representation of the patron goddess of Athens from the classical era. Like many another treasure uncovered in these storied parts, the statue now holds court on the second floor of the Archaeological Museum of Piraeus. While not nearly as famous as its larger cousins in Athens, the museum is one you won't want to miss. 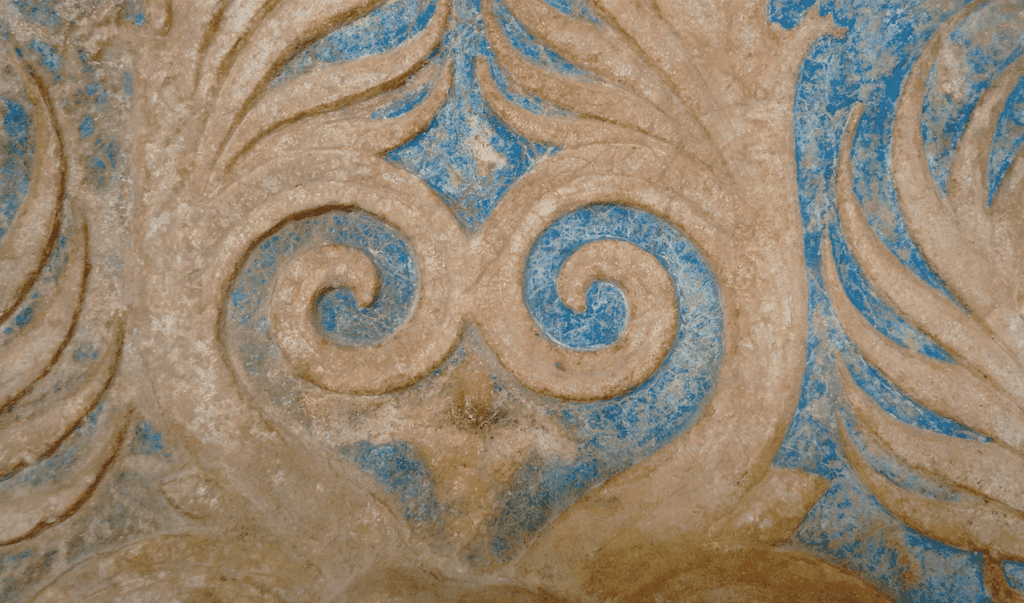 It's located midway between the main cruise ship terminal and the Zea Harbor section of Piraeus at Charilaou Trikoupi 31. Other treasures include three bronzes excavated from the same site as the Piraeus Athena, including the early 5th c. BC Piraeus Apollo which is the only archaic bronze kouros (artistic figure of a male youth) known to still be in existence. They are all stunningly intact, thanks in no small part to just how strategic the location of Piraeus was for the Eastern Mediterranean in antiquity. Their excellent condition lies in the strategic value of Piraeus across history: when the nasty Roman Emperor Sulla sent his forces in to besiege the port in 86 BC, the locals stashed away their valuables out of sight before they could be plundered. So while Sulla basically unleashed the ancient equivalent of an atomic bomb on Piraeus, we can perhaps indirectly thank him for many of the captivating artifacts on view in this charming museum today. 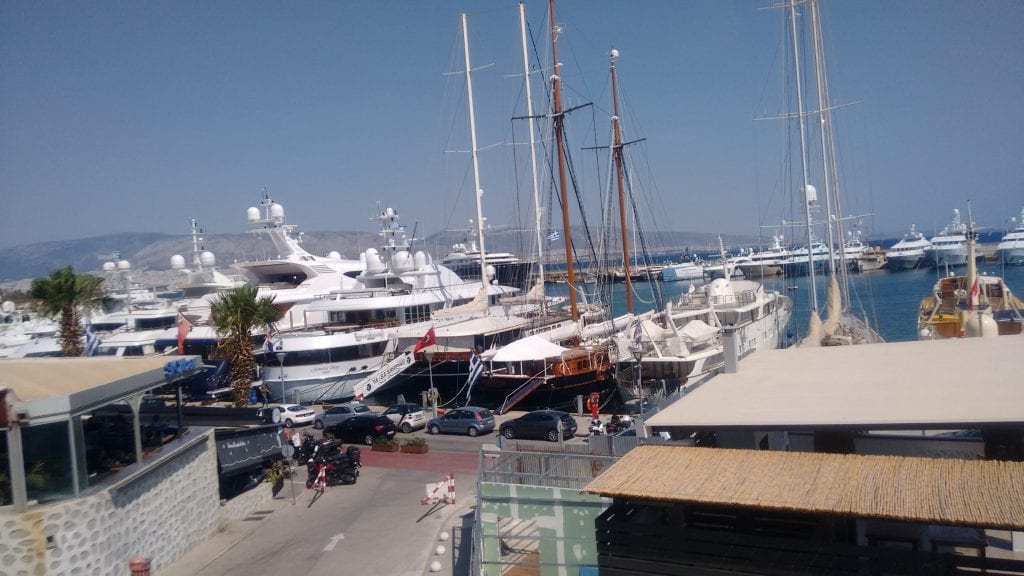 The ground floor of the museum houses artworks from the Hellenistic and Roman periods as well as pottery, oinochoe (wine jugs, often decorated), ancient weights and measures and some sepulchral reliefs from the fifth to fourth centuries B.C. One of these is the large marble Grave Monument from Kallithea, the evocative tomb of ancient family of metics. But on the second floor is where you'll find more of the artifacts and exhibits related to the ancient military and commercial heritage of Piraeus. There is pottery from the Archaic period and later as well as some fascinating relics from the time when the port functioned as the naval dockyard of Athens: for example, in one glass case you can see the triangular end of the iron battering ram that was once part of an Athenian trireme, the ancient warship used in sea battles during that time (you can also see the vessel's protective marble "eye", detached from the original ship but still intact). Rooms 3 and 4 are where you'll find the famous bronze statues, which also include the mid-4th century Piraeus Artemis by renowned ancient sculptor Praxiteles. On the western and southern sides the museum building is flanked by the ruins of the theater of Zea, constructed in the Hellenistic period (2nd century B.C.) 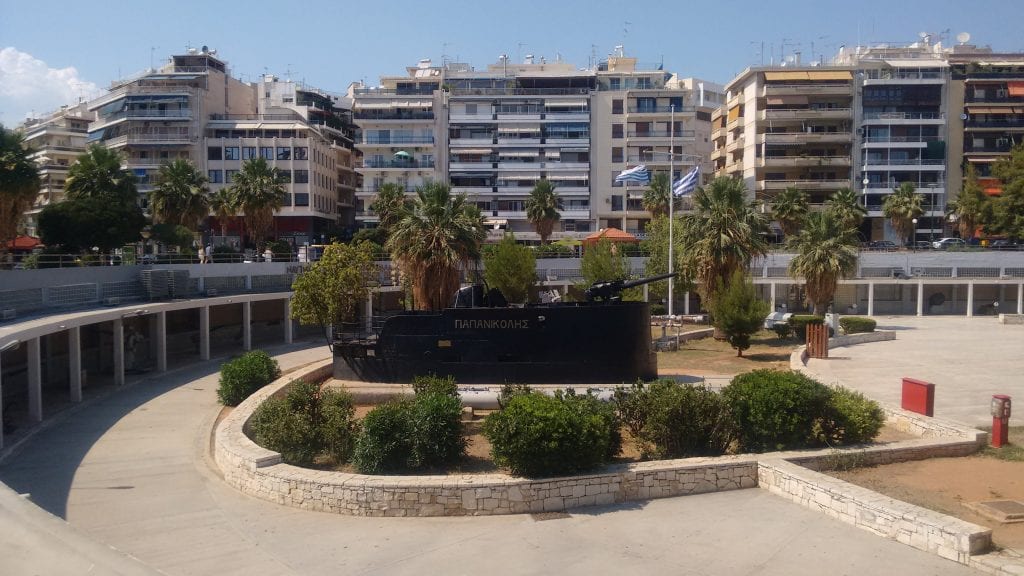 Now, if you're looking for remnants of some of the ancient walls that safeguarded Pirareus from attacks, you won't find them at the archaeological museum but rather in situ at various spots around the city and also inside the excellent, if lesser known Hellenic Maritime Museum. It's located by the Zea harbor, not far from the archaeological museum, in a section of Piraeus called Freatida. There are literally thousands of items on display, but many of these will be chiefly of interest to mariners—think model ships and maps plus a section with the private collection of Aristotle Onassis. But two exhibits will surely stir your imagination, regardless of your age. The first is a section of original Piraeus fortifications and a statue of Zeus on the ground floor. And next to that, an exhibition on the Battle of Salamis, the epic naval slugfest in 480BC in which the outnumbered Greeks triumphed over the Persians. Much of the credit for that victory goes to the Athenian general Themistocles, who fortified the Piraeus shore in the fifth century BC and stands as one of the great figures of ancient Greek history. The permanent exhibit includes models of the kind of Athenian trireme vessels that were built in Piraeus and fought victoriously at Salamis. 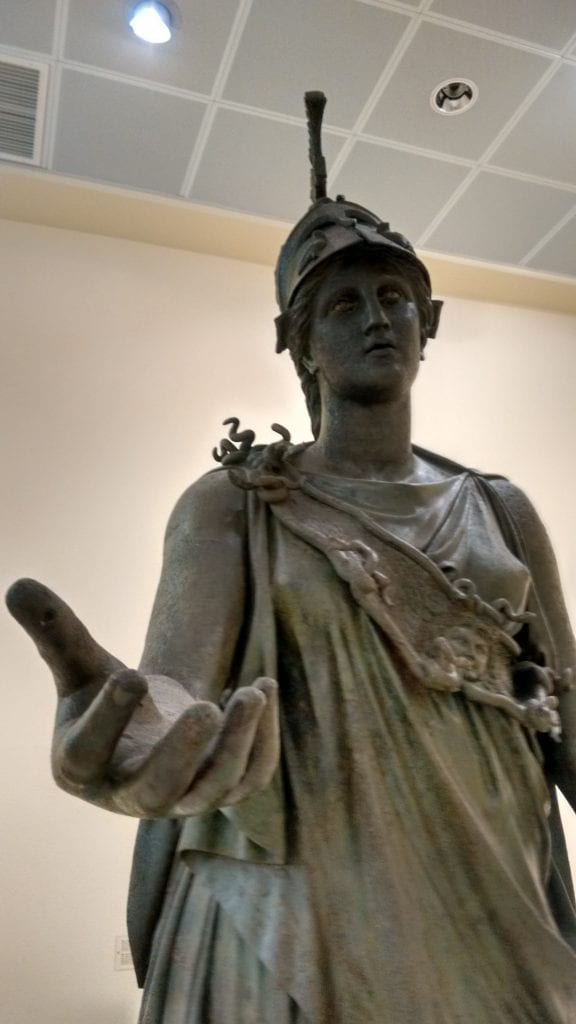